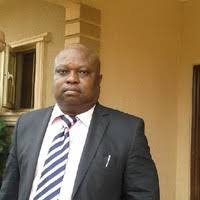 There in discomfort within the ranks of Edo State government officials as the Commissioner for Education,  Mr.  Emmanuel Agbale was reportedly kidnapped.

Reports has it that Emmanuel Agbale was on his way to Ekpoma when his convoy was attacked along Benin – Auchi Road around Oil Palm Estate.

His  Police  ADC  who’s name could not be confirmed as at press time was killed  by the kidnappers before the Commissioner was taken away.

The incident happened at about 3.30pm on Friday.

Many stakeholders in the state considered it unfortunate that the incident happened when security forces are all over the state enforcing the lockdown order including the said road.

Meanwhile, the media aide to Governor Godwin Obaseki, Crisoe Osagie, was yet to confirm the incident when contacted on the phone at the time of this report on Friday, while he promised to get back when confirmed. push({});