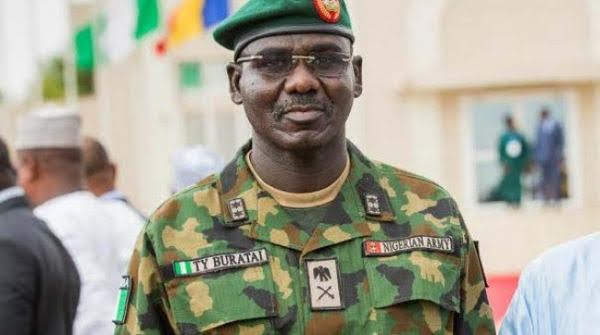 As reports of Nigerian Army’s massive offensive on the insurgents in the Northeast region of Nigeria filter through the media, the Conference of Civil Society Organisations for Peace, Security and National Development has challenged critics who have for ages criticised the troops to in the same way praise their gallantry.

The media has recently been inundated with reports of imminent defeat in the camp of the terrorist. Credible sources have confirmed that the leader of the Book Haram sect Abubakar Shekau is frantically making overtures to the Nigerian Government for a soft landing.

This onslaught believed to be the final strike to clear the remnants of the insurgents is led by the Chief of Army Staff, Lieutenant General, Tukur Buratai.

Reacting to the development, the CSOs in a statement signed by its conveners, Mike Msuaan and Com. Adamu Kabir Matazu has urged critics and admirers of the Nigerian Army to speak out in support of the efforts and gallantry our troops are displaying in the trenches.

Mike Msuaaan and Com. Adamu Kabir noted that the Nigerian army has turned the heat of their might on the insurgents leading to the panic and hysteria in their camp. Based on the credibility of the reports coming, they challenge critics of the army to prove otherwise of the progress the army is making.

“We must speak out in their support or bury our heads in shame if we had criticised the army at some point. A system that reprimands should also reward accordingly. Anything short of this is injustice to our heroes in the trenches and thus reveal us as hypocrites.

“Recall that we had repeatedly drawn the attention of these avowed critics of the army to the fact that war against insurgency is a sophisticated issue any where in the world and requires diligence in confronting it.

“However,  many of these critics who are merchants of violence and disunity continue to do the bidding of their paymasters by hyping the activities of the insurgents”

The statement added that fighting insurgency entails providing courageous leadership, boosting morale of troops, intelligence gathering and the provision of adequate firepower. These and many others the current leadership of the army have ensured with a  that is uncommon. Their efforts should therefore be hailed at a critical time like this.

The CSO’s urged the Chadian, Nigerien, Cameronian and the Beninese armies who are the other partners of Nigeria in the fight against the Boko Haram insurgents to ensure the insurgents do not have a leeway in their end as they are exposed to superior firepower of the Nigerian Army.

Related Topics:CSOsNigeria Army
Up Next