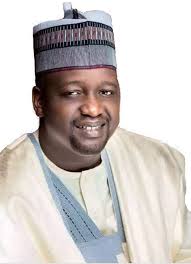 The Deputy Governor of Borno State in the North East Nigeria and Chairman of the high powered response team of COVID-19, Umar Kadafur on Wednesday revealed that  64 persons have been tested, with  55 negative, 9 positive and one died.

He spoke at the Wednesday’s media update held in Maiduguri. He said 5 results were being awaited from the 64 tests carried out, while 11 additional samples have been collected from Pulka where the index case emanated from. The samples will be sent for testing.
The nine positive cases, he noted, have been captured by the National Centre for Disease Control, NCDC, in its national update released on Tuesday night.
The Deputy Governor, said on a sad note, that an infected citizen has died.
“The citizen who was transferred from Biu to Maiduguri, had tested positive in Gombe, after his return from Lagos.
“Although he died at an isolation centre in Maiduguri, his death will remain under Gombe at NCDC’s update since he was tested there.
“The deceased died at the age of  41. He was said to have been hit hard by the infection before he was moved to the centre.”
Kadafur, said a total of 144 persons have been identified and traced by surveillance team.
Kadafur also announced that  a 14 days state wide lockdown imposed by Borno Governor, Babagana Umara Zulum will take effect from 10:30pm tonight, Wednesday.
The state Deputy Governor, said security officials will enforce the lockdown by using lawful means to restrict all movements. He said exemptions will be to persons who will be on essential services.
He called on citizens not to stigmatize persons infected with Covid-19 or their families, noting such stigmatization will heighten resistance of patients from being moved to government isolation and treatment centres, adding that the victims should be shown empathy.