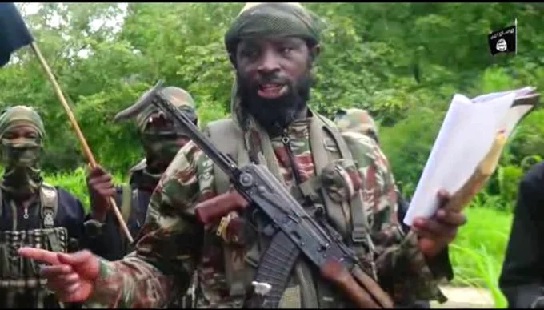  
Boko Haram leader, Abubakar Shekau has suffered onslaught by the Chadian forces who were led by their President, Idris Deby, thereby lost large cache of arms to the government forces.

Reacting for the first time in an audio broadcast, Shekau while speaking in Hausa pleaded with his fighters not to run away despite suffering defeat.

President Deby recorded a huge success in their fight against Boko Haram at Kelkoua, bank of the Lake Chad.

His decision to go after terrorists, followed the attack which about 90 Chadian soldiers were killed by the Boko Haram terrorists last week.  The attack angered Chadian authorities and they vowed to get back at the terrorists wherever they may be. CAPITAL POST learnt.

In the onslaught that saw Boko Haram fall to the fire power of Chadian government forces,  a top Boko Haram commander was captured while thousands of their weapons were confiscated by the Chadian Army at their weapon warehouse. adsbygoogle || []).push({});

Meanwhile, Shekau said, “People of Chad, leave us alone, this operation is not approved by the Qur’an. It is not the will of the Prophet Muhammed but if you want to continue, God will help us too because he is bigger than you.

“To my fighters, take heart. It is I, Abubakar Shekau, your leader.”