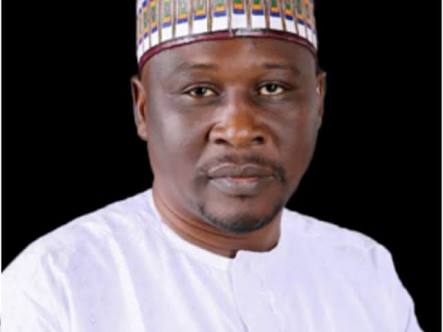 The All Progressives Congress (APC) and Adamawa Government are trading words over alleged diversion of 50 trucks of rice and other palliative materials meant for needy persons in the state.

The Federal Government had reportedly donated the relief materials for distribution to Internally Displaced Persons (IDPs) in the state to cushion the effect of COVID-19 lockdown.

Addressing newsmen in Yola, Duhu challenged the Adamawa State Government to account for the materials.

He alleged that the relief materials were shared among the top government and state PDP officials as COVID-19 lockdown palliative.

He said he had personally wrote a petition to the National Assembly and Chairman Presidential Taskforce to investigate the matter.

However, in their separate reactions, the Principal Aide to Gov. Ahmadu Fintiri Mr Babayola Toungo, and Mr Sunday Wugira, dismissed the allegations, describing it as “baseless”.

Toungo, who is the Principal Special Assistant on Media to the governor, told newsmen that the Adamawa government had not received any dime from the federal government as COVID- 19 lockdown palliative.

Similarly, Wugira, the Senior Special Assistant to the governor on Public Affairs, explained to journalists that the purported 50 trucks of relief materials donated to the state government was absolutely false and a distraction.

“We are giving him (Umar Duhu) seven days ultimatum to retract his statement and libelous petition against the state government and tender apology letter, otherwise we are going to take a fundamental step to set an example,” Wugira threatened.
NAN