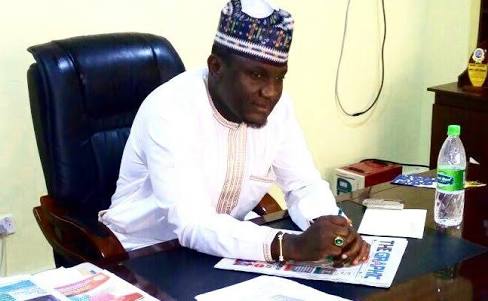 Since the news broke out on Wednesday,  it has been a hectic day for Kogi State Water Resources Commissioner,  Abdulmuminu Danga  who allegedly kidnapped and raped a lady over a facebook post that angered him.
At the turn out of events, the Commissioner was charged with allegedly abducting, attacking, and raping a woman over a Facebook post.
One’s mother, Elizabeth Oyeniyi, had appealed through her Facebook page to the commissioner to assist his family member who is also a victim’s mate.

Her post which were circulated on the social media reads, “Honourable Abdulmuminu Daga, your kid-sis DC Adoke Lesh needs your help, you are in the right position to help especially members of your family. Sorry Sir, charity begins at home,”
 
The former beauty queen said that she made the post when she saw the commissioner’s photograph distributing relief materials as a palliative to his constituents in order to alleviate their suffering during this # COVID19 lock. adsbygoogle || []).push({});

In a video narrating her ordeal to the Dorothy Njemanze Foundation, the victim alleged that:

“He tore my cloth and make a naked video of me which he threatened to circulate and he kept me in his Lokoja house asking me to make another post apologizing and countering my first post where I told him to assist his sister with the reference ‘charity begins at home”.

“He did not release me on that day but kept me in his house. In the night, he made sexual advances at me. And I allowed him to have sex with me because of fear and anxiety.

“He only took me back to Okene the second day, because they have assignment there.”

Elizabeth said she has been living in fear until now because she thought the commissioner would still threaten her saying she is seeking justice. The commissioner refuted the charges, however, describing them as simply stunting ads.

“I cannot do such a thing over a mere Facebook post. My attention was drawn to her post and I called my sister to confirm if they had a hand in it, they denied any knowledge of it and even apologised. Nina too apologised and said that it was an innocent post which was misconstrued.

“I told her to take the apology to Facebook since that’s where it emanated, and she did. I gave her and her son money and they went back, only to hear that she alleged that I harassed her. I can never do such. In fact, that was my first time of meeting her.

“She did the confessional video out of freewill and remorse, unlike the second video where someone was instructing her on what to say, an indication that she was actually being used.

“This is a mere publicity stunt which some opposition elements are already latching on to gain cheap publicity.

“Go through her posts, the videos and those of my sister, and the category of people that are urging her on, you will understand what I am saying,” the commissioner said in an interview granted to an online medium (not CAPITAL POST).

Governor Bello has meanwhile ordered an accelerated investigation into the matter.

In a statement released Thursday, the Information and Communication Commissioner, Mr. Kingsley Fanwo, said the details had surprised the governor.

“The governor hereby assures both the accuser and accused, as well as the general public, that the whole truth will be uncovered and justice served as appropriate,” Fanwo stated.