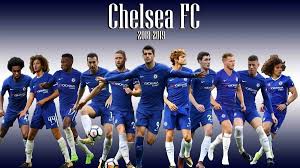 Chelsea have been in hot pursuit for top quality attacking talents and the Blues have been forever keen to sign Inter Milan’s Lautaro Martinez as the Club looks to bolster their attacking ranks ahead of the 2020/21 season.

Despite football being on a hold due to the voronavirus pandemic, the Blues have been actively seeking to tie up deals for their transfer targets and the Club have received a massive boost in their pursuit of Martinez.

Chelsea have been in firm competition with Barcelona over the Signing of the striker but the Barcelona head coach Quique Setien has poured cold water on Barca’s pursuit of the striker after he claimed that the club maybe be unable to afford the striker due to financial constraints.

This news has further strengthened Chelsea’s position to land the highly rated Argentine as it seems like Chelsea are the only club ready to trigger the release clause of the striker.

Frank Lampard is likely to get a transfer Kitty of £200m and it is not a secret that Chelsea wants to sign a world-class attacker, the signing of Martinez is well within Chelsea’s range as the have the funds.

Martinez has been in sensational goalscoring form as he has scored 16goals in all competitions, and his likely arrival to Chelsea will bring in a new dimension to Chelsea’s attack. He could partner up with Tammy Abraham who Chelsea have heavily relied for goals this season.

Chelsea needs to re-establish themselves as serious title contenders after two seasons without a serious hunt for the premier league, and the signing of Martinez will be exactly what Chelsea needs to fire themselves to glory. The news that Barcelona will likely be unable to afford the transfer fees will come as great news to Chelsea fans.

Related Topics:ChelseaLaurato Martinez
Up Next