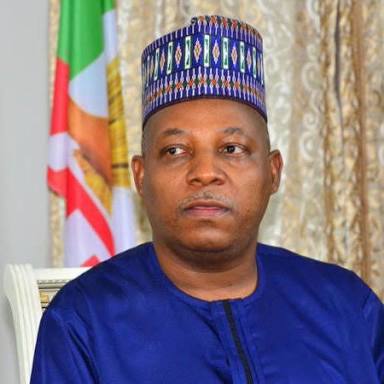 The  Chairman of Senate Committee on Interior, Kashim Shettima on Monday solicited for increased funding for Federal Fire Service (FFS), saying it has enormous task of fighting fire incidents  in the country.
He made the call during a familiarisation  visit by  members of the Committee to the headquarters of FFS in Abuja.

The lawmaker noted that there was improved operations of  FFS in recent times given  the deteriorated  nature of the services  in the past.

He, however, said there was a need for proper guidance given the workings of other Fire service in other countries.
He said in  comparison,the budget of the fire service of NewYork  city was  too large compared to the budget of FSS  in Nigeria.

“We would like to call on the Federal Authorities to really  pump in resources toward revitalising and  repositing the FFS.

Read Also:  FUL: Anger in Kogi as Committee deliberately screen out Professors of 'Igala extraction' in search for Vice Chancellor

“We have to commend the management of FFS for doing an outstanding job in spite  of the constraints, their working environment, paucity of funds and other challenges.

“I believe they deserve commendation and not condemnation,” Shettima said.

He said the senate would intervene to ensure the repeal and re-enactment of the law establishing the FSS.

“My colleagues and I would work assiduously  to see that the 1963 law,  setting up this outfit is reviewed.

“It has become obsolete, we need to  review it in the light of current happenings in our environment.

“We will also explore options in getting back remittances due to FFS from NAICOM and other agencies,” Shettima  said.

He urged Nigerians and other  agencies of government to ensure safety of life’s and properties  and prayed that God  grant  victims of explosion in Abule -Ado in Lagos State eternal rest.

Earlier, the Commandant-General of FSS, Mr Lima  Ibrahim said there was need for the Ministry of Justice to intervene to determine the  statues of FSS.

This, he said would help in the  review of FSS  existing act, adding that the act  was enacted 63 years ago.

He called on Senate  to prevail on NAICOM to remit the equipment maintenance fund to fighting institutions as stipulated in NAICOM Act 2003.

He said there was need for immediate recruitment of more firefighters  to  address  the obviously low firefighters to the nation”s  population ratio.

Similarly, the committee members also paid a familiarisation visit to the   Board and Management of Civil Defence, Fire Service, Immigration Correctional Center Service.

Shettima also assured members of the board that the senate would look into the issues militating the operation of the board on its mandate of  managing the appointment and promotions of officers of the four agencies.

He said the 9th senate was determine to restore the hope of Nigerians on security and other areas  ,saying that its ad-hoc committee was on the verge of presenting recommendations for  the security arhictecture of Nigeria.

Members of the  committee present at the meetings  included, Vice Chairman of the Committee, Sen.George Sekibo, Sen. Abba Moro, Sen. Betty Apiaffi, among others.