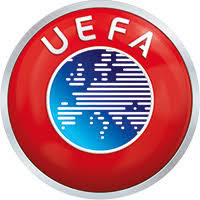 The 2019-2020 Premier League season has been extended indefinitely.
The league, like most leagues across Europe, is currently being suspended following the Coronavirus outbreak, but The Football Association has agreed to extend this campaign indefinitely.

Rising from a meeting held on Thursday to determine the best course of action for the season, the FA board has confirmed the season can now go beyond the June 1 date stipulated in its regulations in a bid to ensure that the footballing calendar year is completed.

The FA’s rules and regulations state that its leagues “shall terminate not later than June 1” but with the temporary suspension of the league to last until at least April 30, this measure was necessary as it does not intend to void the season.

This decision was made easier by UEFA’s decision to postpone Euro 2020 to next year. This postponement has given the domestic leagues in Europe greater flexibility and consequently, a window to finish the season. This follows the domestic support for UEFA in postponing Euro 2020.