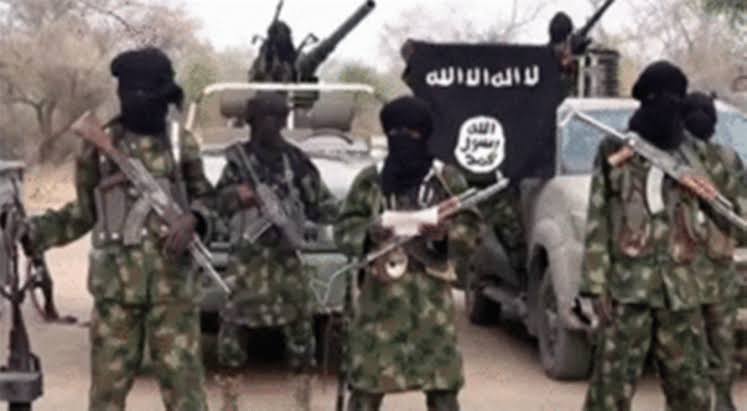  
LAST week, the military high command confirmed the attack on troops by Boko Haram terrorists which led to the death of 47 soldiers in Gorgi, Yobe State. Blaming the massacre on residents of the area, the Coordinator of the Directorate of Defence Media Operations (DDMO), Major-General John Enenche, stated that the slain troops were on their way back from Alagarno after a successful military operation when suspected local informants leaked their movement to Boko Haram.
According to the Defence spokesman, the terrorists used the information provided by their local collaborators to stage an ambush and shoot at military logistics trucks conveying fuel and ammunition. This, he lamented, caused massive explosions that led to the death of 47 gallant troops of the Nigerian military. According to him, troops of Operation Lafiya Dole were on clearance and fighting patrol operation to Gorgi between March 21 and March 23, an operation which was successfully executed. He noted however that during a consolidation operation, they were ambushed by elements of Boko Haram terrorists.

Enenche said: “Sadly, the Nigerian military suffered some casualties in the unfortunate attack. However, the air component of Operation Lafiya Dole scrambled immediately and provided close air support to the ground troops. The Intelligence Surveillance and Reconnaissance (ISR) platform as well as the fighter jets engaged the Boko Haram terrorists, killing some of the terrorists and immobilizing a gun truck. Some others who attempted to withdraw were also mopped up by the jets in follow-on attacks.
The Defence Headquarters commiserates with the families of our fallen gallant heroes who paid the supreme price in the course of defending our fatherland. We assure Nigerians that the Armed Forces and other security agencies, in furtherance of the objective of restoring peace and security in the North-East and other parts of the country, will continue to sustain the offensive against the enemies of our nation.”

This week, amid reports that troops of Operation Lafiya Dole retreated and fled after Boko Haram terrorists launched multiple attacks in the North-East, the commander of the theatre, Major General Olusegun Adeniyi, said that the officers and soldiers of the three battalions deployed to neutralise the terrorists were still on the ground. According to him, “We have been met with very strong resistance from Boko Haram since yesterday.
They are more than pockets of insurgents. Today in the morning, and from every flank, not less than 15 gun trunks faced us. The Boko Haram terrorists fired more than 100 RPGs and mortars at us. Yet, we are not running or fleeing from them. Myself and other generals are on the ground. We are good to go. But this is the true situation of things.”

It is indeed unfortunate that, yet again, 47 soldiers have been sacrificed to the Boko Haram war. For years now, the Nigerian military has suffered severe losses at the hands of Boko Haram, with troops regularly complaining of inadequate or obsolete equipment, poor working conditions, abandonment and ill-treatment by the military headquarters. And while it is true that the military has made significant gains in the war against Boko Haram over the years, the fact remains that the Muhammadu Buhari administration’s declaration that the sect has been “technically defeated” has no basis in reality.

As we have said time and again, the country’s security architecture has to change. In this regard, we urge the Federal Government to take steps to overhaul the centralised and unproductive security architecture in the country and allow state and regional police forces to take root and act as a complement to the federal police. In addition, the strategies evolved to address terrorism in the country need to be changed.

The country cannot continue doing things the same way while expecting different results. In any case, the government’s latest rhetoric in defining the recent deadly attacks as no more than the  last kicks of a dying Boko Haram is predicated on false hope. It grossly underestimates the threat posed by the group and puts the country at risk. Pray, what kind of last kick causes so much destruction?

Nigerians cannot be blamed for not sharing in the government’s optimism regarding the efforts to contain the “technically defeated” Boko Haram.Accepting the government’s claim that the current strategies are working amounts to nothing more than self-deception.