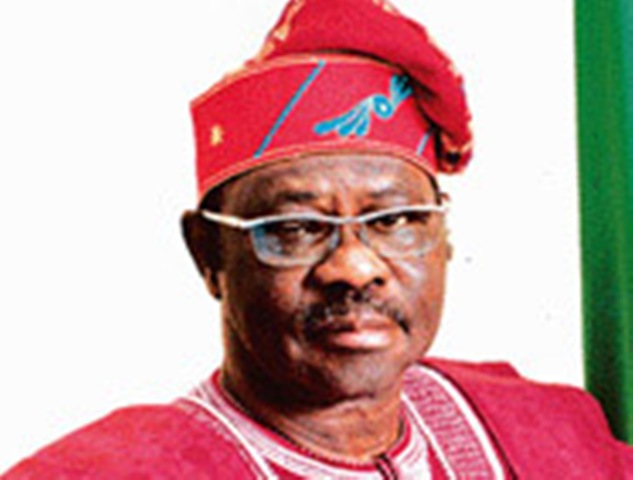 In writing about Chief. Senator. Dr Ahmadu Ali, it is like embarking on a book that will enrich our children in schools and those yet unborn, basically because of the extremely and extraordinarily rich ‘Resume’ of his life adventure, career development and political emancipation of his race, and Nigeria in general.

Simultaneously, it will be a disservice to humanity, Igala race and the entire country, Nigeria to allow such gigantic wealth of experience that had touched all facets of our national life go down the drain, without records for our consumption.

Senator Dr. Chief Ahmadu Ali, the Ochada Attah of Igala, a beaded title started his early life as a Military man, not only in uniform, but a trained physician and advanced medical personality, if not the first in the history of Igala race.

Chief Ali in his early days became the pride of the Igala nation having recorded a distinct achievement in the medical corps at the top echelon of his military career that was mixed with political aspiration.

Senator Ali in his early life was opportuned to have worked with two former Nigerian leaders, General Yakubu Gowon and later General Olusegun Aremu Okikiolu Obasanjo during the period, he was appointed as Federal Commissioner for Education, that was the popular period of (Ali Must Go) during the University students crises in the 70s.

Over five decades away, Senator Ali attracted alot of developement in the area of Health, Roads, Education, Employment, infrastructural developement and social services.

During his stint, he attracted the construction of roads across the old Benue-Plateau, Benue, Kwara and now Kogi state, including the famous Federal Polytechnic, Idah, College of Health Technology, Idah and Federal Government College, Ugwolawo among many, across the country.

President Obasanjo confessed during the launching of Ahmadu Ali’s biography, of how he influenced the citing of Federal College of Education, Abeokuta and many others, during his period as Federal Commissioner for Education.

Senator Ahmadu Ali between 1979-1983 recommended the creation of Kogi state with the capital in Lokoja, that was later obliged by President Ibrahim Badamasi Babangida during state creation in the 90s.

Chief Ali in the last five decades was Chairman of several goverrment Boards, Agencies and Parastatals, the last was the Petroleum Products Pricing Regulatory Agency (PPPRA) and the National Universities Commission (NUC),during which the Federal University, Lokoja (FUL) was established among eight others.

Ochada Attah of Igala was the first pioneer, Director-General, National Youth Service Corps (NYSC) conceived to unite all nooks and crannies of Nigeria, not minding the tribe, creed or religion, the only symbol that is the symbol of unity in Nigeria today.

Senator Ali also chaired the Peoples Democratic Party (PDP), within the period of 16years rule and bequated robust and people oriented leadership where many Nigerians benefitted from his political goodwill.

He was head of many Non governmental and quasi Public Private Partnership (PPP) activities in the health sector, that contributed largely to the development of the health sector in Nigeria.

In his desire to bequeath good leadership and folllowership, Senator Ali had volunteered most of his times to the political, economic and social development of Nigeria, by dedicating all his life to full political participation, having led many campaign team during President Obasanjo, President Yar’adua and lately President Goodluck Ebele Jonathan between 1999-2015.

Chief Ali, a business man, farmer, trader and Philantrophist is a custodain of many awards both locally and internationally to the glory of God.

Married to Dr Mrs Mirian Ali and blessed with many children, Senator Ali is known as a lover of his people, culture and tradition.

On behalf of the good people of Kogi state, Nigerains and the diaspora, I joined millions of Nigerians to wish Dr. Senator Chief. Ahmadu Ali many more years in the services of his fatherland even at his Octogenarian stage in life

Sanusi: Life’s journey from Bank to palace and from palace to exile in Nasarawa