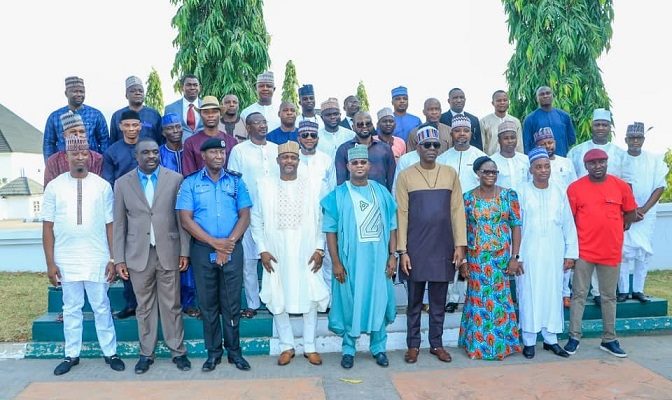 Without doubt, Kogi state is a theatre of absurdities. The reign of absurdities did not start with incumbent Governor Yahaya Bello, we have had to endure different comic approaches to governance since creation of the state.

The recent appointment of Maiguards, christened Senior Special Assistants on Security Matters, to manage the affairs of the twenty one local government councils in Kogi state is just another ridiculous episodes in the theatre of absurdities.

Yahaya Bello assumed office as Governor of Kogi State in January 2016 and cunningly refused to conduct local government elections under the pretext of paucity of funds. For a government that was notorious for frivolous spending, I am sure even Yahaya Bello did not believe that lie.

In a desperate bid to prove to the world that he is now born again, Yahaya Bello announced the composition of the State Independent Electoral Commission (SIEC) and consequently sacked the illegal local government Administrators.
We all thought he is now ready to conduct council polls but news filtered into town that he is not born again yet as he is poised to appoint a new set of caretaker committees. His information commissioner, Kingsley Fanwo promptly denied it.
However, few days after the denial, Yahaya Bello appointed new local government administration system. He christened them Senior Special Assistants on Security Matters. Here we go again.

The new local government helmsmen we ordered to go their respective domains and enforce security. He appointed them to serve as local government Maiguards when it is obvious most, if not all, of them do not have security management experience.

A smart move to pretend he has not appointed new caretaker committees.
However, the average man on the street understand too well that the newly appointed Maiguards are purely caretaker chairman waiting to fly the flag of APC when the Governor finally decide to conduct local government election.

I am tempted to ask, how will these new local government Maiguards improve on the security in their domains when most are known to be security risks?

Yahaya Bello should cut us some slack and call a spade what it is. He has just appointed APC chairmanship candidates, nothing more. In fact, these new Maiguards have started oiling their machinery for the council polls.

When will Kogi move away from this track of absurdities? When are we going to have a governor that will be sincere with the third tier of government, the local government?
When will our leaders stop seeing local government as a cash cow that must be milked at the expense of the people at the grass root? When will the commoners in the villages and hamlets get a breathe of fresh air?

What we need in our local governments is elected council chairmen and not Maiguards.

– Adamu Ojonugwa writes from Lokoja and first published on Kogireports.com