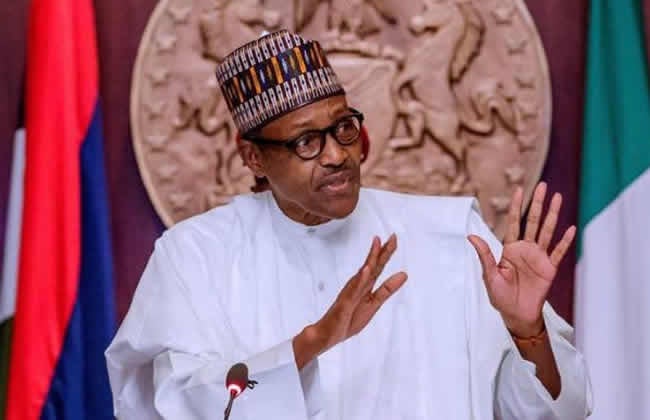 Disintegration is already hitting the old One North (Arewa) on many fronts. It is even sleeping over it, believing that it has captured power. The only thing that helps it capture power is the disunity of the South.

Before the North wakes up, an early rising to cut it off from the structure is imperative, because it is now going offensive. The North is no longer subject to the power of the Constitution of the sovereign nation of Nigeria, yet it prefers using it on its perceived subject, the South. The situation now proves it. Since it is working into a systematic secession, or otherwise suppress the others and dominate, it could be ostracized administratively. The South could unite to do that effectively and protect its wealth and resources from Total Oil (exploitation). If it cannot, may be this Odua Amotekun will do it (for the South West), or it will die like NADECO. Yoruba must be good starters and good finishers as well.

Putting it succinctly, by setting up a group nicknamed Boko Haram, the North East had successfully blocked the unitary access to the area for a purpose. The geographical perimeters, being guarded by Boko Haram, contains large mineral resources. It is a vast forested and uninhabited and uncultivated land mass. It is rich in solid minerals. In addition, Petroleum had just been discovered in the river basins of Yobe, Hadejia and Gombe rivers which are the inland drainages into the Lake Chad. Lake Chad is to the North East what the Niger Delta is to the South South of Nigeria in the Gulf of Guinea. It is being heavily guarded and protected by Boko Haram, under the Sponsorship of France and in lieu of her colonial territories surrounding Nigeria.

France is already extracting oil from the Lake Chad basin in its own territories.
As Nigeria began its own oil exploration, the fear of her depleting the deposit is engulfing to the French exploitation. In this vein, sustainable necessity to tie up with the economic interest of the stakeholders of the North Eastern Nigeria could be of a great advantage. While the French Government may be suppling the necessary middle scale armaments to sustain the Boko Haram at war, the North East stakeholders could be manage the affairs internally. It could also be that they network in shielding Boko Haram by their dominant position in the government. They hold the key posts in the National Security and intelligence agencies. The Amnesty International Organization is on their side, banging blackmail of human rights abuses on the Nigeria Armed Forces on its defense efforts, in false accusations. In this regard, we may infer that, that side of the map of Nigeria is already cut off or assumed so. It may already, be collecting its Oil royalty from the French authorities.

Read Also:  Uzodinma, Police plotting to link me with attacks on facilities in Imo - Senator Okorocha

Here in Nigeria, the North East stakeholders are also managing the positions that control security votes, intelligence and operations as long as the war lasts. Their precipitation, from the recent time, to take a total control of the South by invasion (or call it infiltration) could be viewed as miscalculated. Only the answer that the South will give shall put that opinion right. In another dimension, the response by the North East war council to the one answer coming from South West in the note of ‘Amotekun’ (the Tigers) could also be the determining factor.

‘Amotekun’ which appears to be a late response to the Northern aggression on the South West, courtesy of the British and Nnamdi Azikiwe’s, has come to stay. Yes! It has come to stay, the product of the ‘Pace Setters’. But how come the pace setters were overtaken with time? What we should guide against is compromise.

NADECO was another compromise that died without a goal. If you know you cannot finish a thing don’t even start it. Since the Boko Haram and Hishiba Group started far back 2002, no threats of arrests of the Northern leaders was mentioned by President Olusegun Obasanjo who was in power then and was stared in the face by their creators. Why has the Hishiba Group ( an Arewa Islamic Armed Force) and the Boko Haram Militants have been allowed to stay without being asked to legalize? The German made G3 rifles that were used by the federal troop during the Civil War how did it find its way to the Cattlemen and the Hishiba group when it was phased out? These are the schemes of the Northern Nigeria leaders and their children in the Military.

Something must be done to put an end to the dominant tendency of the North over the South as established by its Governor, made Governor – General, Sir Fredrick Lugard, who ruled the South in partnership with the Emirates leaders. That has to be done by the South, in a ground style. It have to start now. For that to happen, certain steps must be taken.

Since the interest of the Northern leadership is dominion in all circles of administration, the only solution is to keep the power out of its reach. The northern leaders have not been sincere with the leaders of the south, the other sector of the union, but prefer to treat them as subjects and non essential to their ambition. This had been demonstrated in the past Military Governments led by their soldiers. The facts are there for us to recall.

Yoruba or South West wing of the ruling party, the All Progressive Congress (APC), must ask for its rights, on power sharing. Its rights are synonymous to the rights of its children in the Armed Forces of the Federal Republic of Nigeria.

There was an out pouring from a member of the NASS from the North East. It had to do with the state of insecurities or reckless killings there, and in the nation at large. It was a revealing out pour. It is good that such is coming from a politician from the troubleshooting Northern Nigeria.

A reshuffling has to take place, necessarily and urgently too. I think the first appointment to be touched by reshuffling is that of National Security Adviser.
The next NSA should come from the South East or South South, of APC slot.

The Next one is the Chief of Army Staff, which should come from the APC majority zone, South West. This is what the Northern people are avoiding. If the trend continues it is not going to favour them, because they may have succeeded in creating a bad feeling in other stakeholders, and a bad precedent too.

The next Service Chief slot should be to the Middle Belt, for Chief of Air Staff.

The next Chief of Naval Staff should come from the South West, the core APC of Lagos. All these appointments are supposed to be for a two year tenure. All of them are running to five years, making them to be overdue for a change. That has to be effected to avoid a constitutional breach.

Further more, State of Emergency should be declared on the entire North East. All these sensitive security appointments holders should converge to find a lasting solution to the endemic security problem, unbiased. They should recommend to the Commander in Chief to do the following:Bornu State, under the State of Emergency to be under an administrator from South East origin.

Adamawa State to be under an administrator from a South West origin (from one of the states that did not benefit from any of the Service Chief appointments).

Yobe State should be headed by an administrator from the South South (from a state that did not benefit from the Service Chief slots).

all the political appointees from the states under the State of Emergency should be put under closed arrest. They should be denied access to communications, with their whereabouts, not known. They should remain incommunicado until the end of the hostilities. This should include all the Local Government officials and Wards Heads of the zone.

the Governor of Central Bank should be booted out, but under lock-and-key and be probed on the devaluation of the nation’s currency.

Southern Nigerian leaders and the States House of Assemblies must give President Buhari the ultimatum on these to the effect.
With all these steps, we shall see the nation out of troubleshooting.
Without this, 2023 success for the South Western ambition cannot be when the North still holds on power with a firm grip.