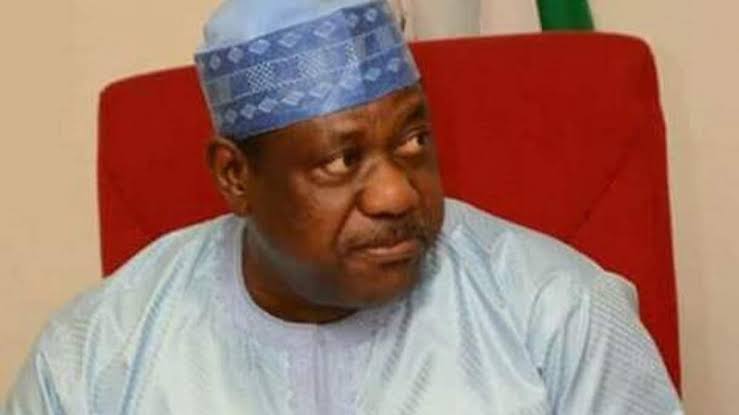 Contractors who have executed various projects in the Ministry of Special Duties in the last five years have cried out over non-payment of their jobs to the tune of N2.3 billion.

The contractors who owns companies that executed majorly capital projects under President Buhari administration said, the money which was released at various times by the Ministry of Finance to Special Duties ministry was alledgedly diverted by the Special Duties officials.

The situation according to them, has left banks putting them under pressure over huge  interests accrued on the loan.

The Contractors fingered the Minister of Special Duties, Senator George Akume, the Permanent Secretary, other senior officials in the Special Duties Ministry as the those involved in the diversion of their payment that have kept them in perpetual agony.

Surprisingly, they averred that the Ministry officials feigned ignorance that they’re being owed, while pleading for President Buhari’s intervention using the EFCC and other anti-graft agencies to save the situation.

It was further alledged that contractors handling projects in the Office of the Secretary to the Government of the Federation have also not been paid for various services rendered in the last five years.

They however, insisted that the present administration of President Muhammadu Buhari should set up a high powered inquiry in collaboration with the anti corruption agencies, the EFCC and ICPC to unravel the non payment of  backlog of contractors claims.

They said: “It was confirmed that the Ministry of Finance, Budget and Planning as well as Budget office said that funds meant for contractors of jobs executed in the last five years was released to all the Ministries, Departments and Agencies on behalf of the Federal Government, but was trapped in the Ministry.

“The Special Duties Ministry keep awarding new projects year in year out without payment to contractors who have executed projects in the Ministry, through loans and advances from Banks, and financial institutions with interest accrual on the exposure.

“The Banks and contractors are already at loggerhead on how to recover their funds released for short term arrangement but span for five years, as most of the contractors are now indebted to Banks and other money Banks.

“Some of the contractors out of frustration and pressure have died as a result of the refusal of the Special Duties office to pay up their money, while others have reverted to beggars with no source of livelihood.

It became worrisome since the outbreak of the Corona virus that had led to closure of virtually all government offices, exposing the contractors to alot hazards.

A visit to the Ministry to seek audience by the media men with the Permanent Secretary in the Ministry, the Minister, George Akume and Director of Finance and Adminstration (DAF), did not yield any positive result, as they all blatantly declined to grant audience to Journalists, under the guise of tight schedule, or deliberately shying away from media coverage.

However, further effort by CAPITAL POST to seek audience with the Permanent Secretary of the Ministry who is the accounting officer was met with resistance, an indication that they are on the same page with the Minister suggesting that they are keeping the information away from the press.

The Ministry  on the advice of the Minister and the Permanent Secretary  according the reports continue to award new contracts despite the huge debt incurred in the past, with no visible efforts to pay the contractors.

It was reliably gathered that the Permanent Secretary of the Ministry debriefed and briefed the new Minister on assumption of duty ten months ago about the Ministry’s liabilities and financial obligations to contractors, but, they are only interested in new jobs, where their interest can be built in for kick backs.

Experience have also shown that the frustration of some contractors of the Ministry was as a result of deliberate refusal of the Permanent Secretary to approve the release of funds under the guise of lack of funds.

Some staffers of the Ministry who does not want their names in print, confirmed the frustration of contractors as always deliberate by the top officials, to pave way for diversion of contractors funds; a system being legendarily praticsed in the Department.

Some Special Duties ministry contractors with various contract sums ranging from 80 million, 50 million, 40 million and 30 million respectively but preferred their names out of print, confirmed their frustrations in the last five years.

They, however, used the opportunity to appeal to the Secretary to the Goverrment of the Federation, Mr. Boss Mustapha, Minister For Special Duties, Senator George Akume, Permanent Secretary in the Ministry to review the decision and make payments without further delay.

Speaking on the next step, if their appeals fail, they vowed to take legal action, saying that, “they have met their obligations as part of their contractual agreements for years, but funds were allegedly diverted by officials of the Ministry when it was a Department.

They also threatened to intimate the anti graft agencies like the EFCC/ICPC with a well articulated petition against the top management of the Special Duties Ministry, to ensure payments is made for job executed some years ago and funds released.

The unfortunate loss of 47 soldiers from Boko Haram ambush