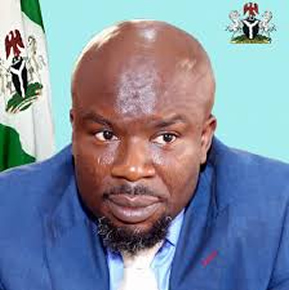 For the knowledge of all who may not know the genesis and how the screening came to be, we will shed light on it to clarify and substantiate our position and the input of the former Commissioner for Agriculture, Hon Kehinde Oloruntoba.

We intend not initially to dignify the poorly concocted lies and attempt to smear or discredit the highly revered position and peaceful efforts made so far by Hon Kehinde Oloruntoba.

We have noted with outright dismay and disbelieve to see those who want to represent the good people of Kabba Bunu LGA adopting campaign of calumny and personality attack of party leaders to drive home their ambition.

In the error-laced write up, the writer spitted and alleged that Hon Kehinde Oloruntoba rushed to collect money from chairmanship aspirants among other flimsy accusation to organize an illegal shadow primary among the aspirants from Kiri axis; it is most unfortunate that somebody who want to preside over the affairs of the good people of Kabba Bunu LGA could engage in such a childish track of cheap allegation just to smear Hon Toba. adsbygoogle || []).push({});

For further clarification, after examining the struggle by contenders and in other to achieve a rancour free political destination, it was therefore agreed that, the Kiri stakeholders should constitute a 7-man committee to invite all the 9 aspirants to meet the committee with all their political documents and the committee were mandated to succinctly screen those documents in order to avert the kind of scenario that played out at Bayelsa governorship election recently where the APC governorship candidates were disqualified 24 hours to their swearing in.

Also, part of the committee term of reference is to recommend back to the Kiri stakeholders every aspirants that is qualified to contest for this position and if need be, appeal to some of them to step down for each other and if perhaps, the qualified ones refuse to step down and every avenue has been explored, Kiri stakeholders will now subject them to shadow primary and whoever emerges become the candidate of Kiri people.

At that instance, Hon. Oloruntoba Kehinde was requested to stand in for him and cross check the committee reports before presenting it to Hon. Olorunmosule Elisha and the stakeholders for ratification.

The party stakeholders are in tune with this development irrespective of attempts by few characters to malign and destroy the beautiful political arrangement.

The people of Kabba Bunu generally and particularly our esteemed party members are interested in having a competent, credible and untainted personality to be presented as their chairmanship candidate via a peaceful arrangement without undermining the rights of any candidate.

Hon Oloruntoba reiterated his respect for every aspirant to go about and canvass for supports without blacklisting anybody.

The attempt to paint his revered personality with customised lies won’t help the situation as it will only remain in the figment and imagination of those who want to evade competence and credibility.

Hon Kehinde Oloruntoba is a core loyalist of his excellency, Governor Yahaya Bello who draw his political inspiration in line with the party norms.

Use Your Youthful Age for Positive Change More so that we do not know how come some elements who feel threatened by the noble leadership and inputs of Hon Oloruntoba decided to make a well managed situation as a room for character attack and name calling.

It is instructive to let the public know once again, that Hon Oloruntoba is one of the best team member in the new direction government of His Excellency, Governor Yahaya Bello in his first tenure who served meritoriously and diligently to deliver new direction mandate to the good people of Kogi State.

Since the publication of lies against his person, so many political watchers have since dismissed the filthy lies that Hon Oloruntoba was going against the governor.

The situation of the promoters of such allegation can described as a serious weakness who are suffering from the phobia of competent political engagements.

We wish to state clearly that those who know Hon Oloruntoba will agree that he is a man with contentment.

He is highly reserved, peaceful, humble and focused who will not do anything to trade his hard earn reputation which has endeared him to the people of Kabba Bunu LGA and Okun generally.

The funny allegation against his person that he collects money from aspirants is not only funny and childish but further revealed how unserious and desperate these characters are.

Yes, the trappings of fame, wealth and affluence may not reside with Hon Oloruntoba, but he has been able to demonstrate that good name is better than gold.

That contentment is his way of life and as such, we urge those behind all the unproductive scheming as way at arriving at their political destination to desist.

Read Kogi Indigene Gets State Pardon After 18 Years in Prison Kabba Bunu LGA chairmanship position is not for the for sale neither is it for the highest bidder. Going round to chopping for black market and crude means to deploy against the people wont fly.

Hon Oloruntoba has shown more than enough capacity that he wants the best for the good people of Kabba Bunu LGA, this no doubt, will extensively and productively drive the lofty policies and agenda of the new direction govt of our leader, Governor Yahaya Bello at the grass root level.