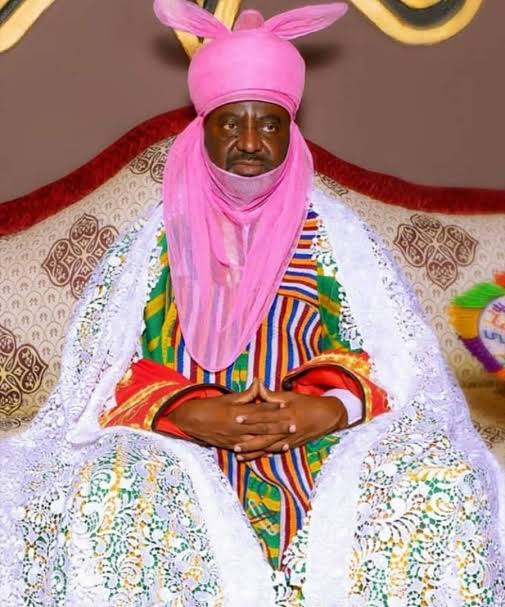 The ceremony which took place at the Coronation hall of the Kano State government house has the new Emir elevated as Chairman, Council of Emirs by Governor Abdullahi Umar Ganduje.
Wednesday’s development followed the sack of Sanusi Lamido Sanusi on Monday by the Kano State government.
Read Also:  Akeredolu calls for scrapping of Senate for doing nothing

The new Emir recalled his late father’s sermon on tolerance, and simplicity of life,  saying that he would be guided by that while on the throne.

He said, “Our father has been preaching peace, tolerance, love, harmony and unity, which he said remain the best critical tools for a better society. ”

Alhaji Aminu Bayero pledged loyalty to Governor Ganduje,  adding that he understands the governor’s vision to ensure that his vision in free education, banning of Almajiri system is completely tackled.

“Today, we are making history in Kano, by God’s grace, we will not let down the people of Kano. We will do all we could to ensure that we give out maximum support to the government,” emir Bayero assured.

At the event, Governor Ganduje said he has made history after two brothers were appointed Emirs and together received their letters amid excitement.

“There was no time where I see the peoples of Kano been so happy without conflicts, no disharmony no rancor, it is a celebration galore all along with the Kano citizens jubilating and expressing deep sense of happiness,” he said.

According to him, the recent reforms in the Emirate System have been been achieved.