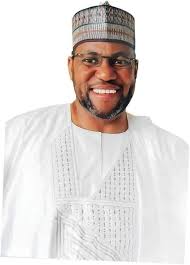 Senator representing Katsina North Senatorial district, Ahmad Babba Kaita said in Abuja,  Wednesday that until local governments in Nigeria are empowered to perform their functions,  there can’t be grassroot development.
In an interview with journalists after a  bill establishing a financial autonomy of local governments in Nigeria scaled second reading, the lawmaker said he was passionate about the LG administration in Nigeria.

According to him, he was satisfied by the lawmakers’ overwhelming support for the bill.
“Lawmakers supported the bill as they unanimously agreed that if local governments in Nigeria can be financially autonomous, it will accelerate the rate of economic and social development in Nigeria. ”
He said that the current security challenges being witnessed in the country was in some ways traceable to the inability of the local governments to perform their constitutional roles as the closest government to the people at the grassroots.
“I have been pursuing this bill from when I was a member of the House of Representatives in 2015. I have always been passionate about the development of the local government and you and I know that under the current circumstances, the local government will never develop.
“Under the current arrangement when you have the finances of the local government controlled by the state governors. And the implication is that we will continue to go round in circles, we are supposed to be developing our rural areas, but with the current situation we cannot develop. The local governments are so starved of funds to the extent that they are only able to pay salaries,” Kaita said.
He lamented that some governors in Nigeria sees LG administration as an extension of their business empire.
“Some Governors divert the funds (LGA funds)  for other uses.  And this situation is a misnomer and I’m very sad to say this, especially because my party, the All Progressive congress (APC) promised to implement a new dispensation, but I am sad to say that at this point we are not different from what the PDP has been doing, at least in this aspect.
“And this is coming after the President has made it abundantly clear that he wants the local government funds to be released by the state governments. And some governors are hanging on legal lacunas to ensure that the local governments do not go ahead with its functions.
“Some governors are manipulating the tenure of Chairmen of LGAs for  two years simply for their own interests so that they can have control of the local government funds through the control of their handpicked chairmen. And this situation is neither good for the economy or the security of the country.