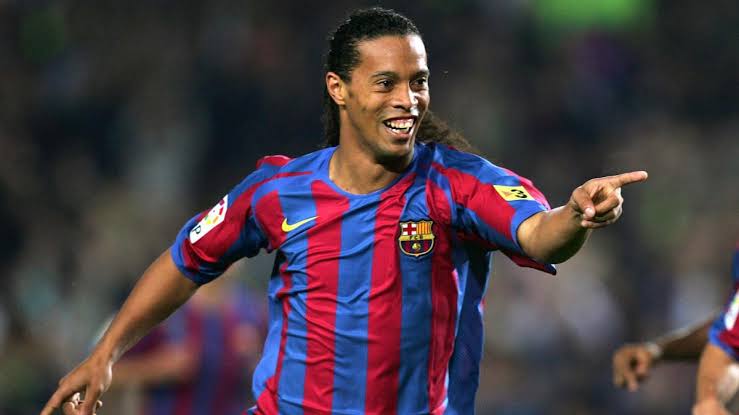 Ronaldinho has been snapped signing autographs on other inmates’ clothing during his stint in a Paraguayan prison.

The former Barcelona star is being kept in a Specialised Unit in the Paraguayan capital Asuncion as he is being investigated for entering the country on a fake passport.

New images reportedly taken inside the unit, which is designated for high-profile inmates, show the Brazilian icon signing autographs on the clothing of other inmates, with one prisoner showing off his signed Flamengo vest.

Paraguay’s Interior Minister Euclides Acevedo, has suggested Ronaldinho, 39, could play in a football match organised in the jail and opened up on the former AC Milan forward’s day-to-day life, saying:

“He’s an international idol, I don’t know if they’re going to play a football match, but we presume that that within the group there will be a little kickaround.

“I’m telling you that the Specialised Unit isn’t a penitentiary, it’s almost a hotel. He didn’t like the biscuits or the cooked mate (a bitter tea), but he ate chipa (a baked cheese-flavoured bread).”

Read Also:  Sirigu out of Italy squad, returns to Genoa

Acevedo said he had spoken to Brazil’s Justice and Public Security Minister Sergio Moro about the case, saying the conversation was held with “absolute respect for our judicial sovereignty).