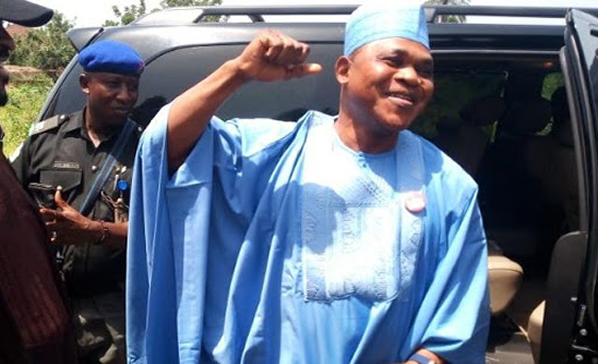 Governorship candidate in the last November 16, Kogi election, Engineer Musa Wada and his deputy, Engineer Sam Aro has jointly sent a condolence message to Kogi governor, Alhaji Yahaya Bello over the death of his Mother, Hajia Hauwau Oziohu Bello.
In a statement issued and made available to CAPITAL POST on Monday in Abuja, Wada prayed for the peaceful repose of the late Mother of Kogi governor, who died at the age of 101.
The PDP candidates reminded the governor and the entire family members that as they grieves, death remains an inevitable end.
He described the late Mother of Kogi governor as a woman of peace, who kept preaching the gospel of truth all her life untill her sudden demise.
The PDP candidates urged the people of the state to pray for Kogi governor and his family, at this trying period, stating that the testimony about late mama deserve sober reflection in the state.
Engineer Musa Wada and Sam Aro appealed to the governor to take solace that her late mother lived a fulfilled life, worthy of emulation.
They said the late woman leader died when her advice and efforts to move the state forward was greatly needed, praying to Almighty God to give the family the fortitude to bear the loss.
They use the opportunity to remind the, “political class not to see politics as a do or die affair, as death remain a great lessons for all to take caution in all our activities.”
PDP Governorship candidates prayed to God to give the governor and the family the wisdom to remain indivisible family, even after the death of mama, saying mama was the symbol of unity among her siblings.