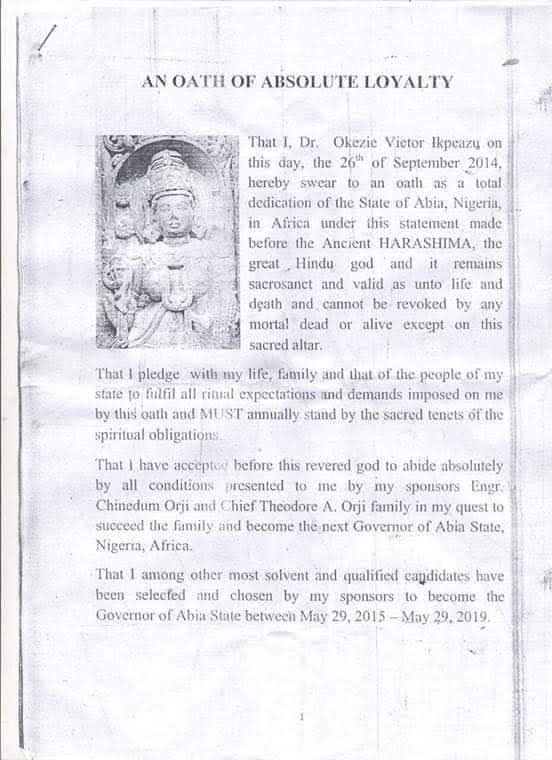 Documents containing Hindu shrine convenant agreement between Abia State governor, Okezie Ikpeazu and Senator T.A Orji and his son before they made him Governor of Abia state has been discovered when EFCC went for the arrest of the former governor.

T A Orji, a sitting Senator representing Abia Central Senatorial district handed over power to the current governor, Okezie Ikpeazu.
His predecessor, Orji Uzor Kalu alledgedly took him to Okija shrine in 2007 as shown in the viral video but he has stepped up the game by taking his successor to a hindu shrine for oath.

With the discovery, it’s likely that oath taking has become a recurrent decimal to become a governor of Abia State.

T.A. Orji, a professional shrine oath-taker has been in good terms with his successor.  The contents of the Hindu shrine oath bounds Okezie Ikpeazu noted to breach the terms under any guise until he finishes his tenure.

T.A. Orji later fell out with Orji Uzor Kalu after Kalu handed over power to him.  The situation degenerated to petitioning Kalu to the EFCC and after legal fireworks for years, he was sentenced to prison