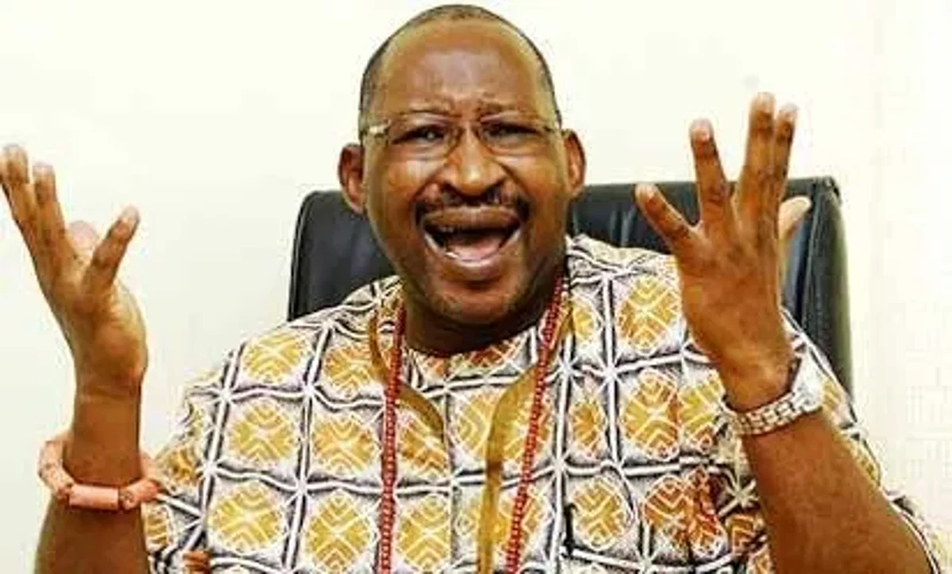 Former Chief of Staff to Comrade Adams Oshiomole, Hon. Patrick Obahiagbon has charged at the Edo State Governor, Godwin Obaseki in the upsurge of crisis rocking the Edo State ruling All Progressives Congress.

In an interview, he described Edo State Governor, Mr., Godwin Obaseki as a terrorist who is using the state machineries to unleash terror on the APC National Chairman and former governor of Edo State, Comrade Adams Oshiomole.

Obahiagbon who was a former House of Representatives member also lampooned the Police and other security agents for watching State attack on Oshiomole without reaction from them.

“The macabre dance that played out last weekend where agents of the Edo government sought to prevent the National Chairman of APC, Comrade Adams Oshiomhole, from leaving the Benin airport to his house was not only opprobrious, lugubrious, anti-democratic and machiavellian but it was also a deprecable gambit of state terrorism. adsbygoogle || []).push({});

“I watched Edo State governor justifying the disgraceful act on television that he had requested that Comrade Oshiomhole should always get his official imprimatur before each of his peregrinations to the state.

“Really? When you juxtapose this vacuous rationalization with his earlier threat to deal ruthlessly with his predecessor if he dared come into Edo without his approval, then you can’t blame people who finger the state government for that act of brigandage with a view to intimidating and manacling the National Chairman of APC.

“Anybody who is in doubt as to the fact that the Benin weekend airport show of infamy was sponsored by the state government must have had that doubt dissolved and pulverized with the additional fact that the two trucks deployed to block the two ingress and egress points to Comrade Oshiomhole’s residence after he got home allegedly belonged to the Edo Waste Management Board.

“Let us not also forget that there was an audacious attempt to attack Comrade Oshiomhole’s residence on the 13th of October 2019, and the fact of Edo turned into a theatre of war and sanguinary piazza on the 13th of December 2019 when the APC National Chairman arrived Benin to receive over 50, 000 PDP stalwarts that adjusted into APC.

“This same act of political vandalism and corrosive apacheism was also demonstrated against the APC National Chairman on the 25th of January, 2020 when he again received over 20, 000 PDP stalwarts at Auchi who adjusted to the APC.

“What about the widely reported invasion of the Iyamoh residence of Comrade Oshiomhole by state agents on the 3rd of November 2019? Should all these be happening, given where we are coming from only about four years ago? No.”, he noted.

According to him, the governor’s directive that Adams Oshiomole should get official clearance before entering Edo State was evil and uncalled for.

Oshiomole is Obaseki’s political godfather, but have been locked in crisis of supremacy over the soul of Edo State.

Obaseki would also be facing governorship election sometime this year.