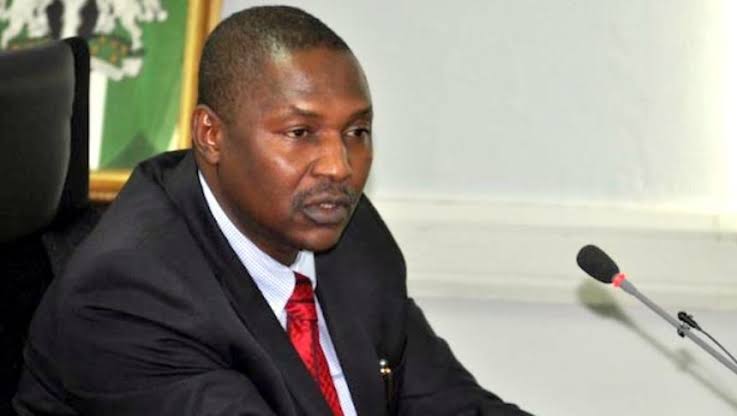 The Attorney-General of the Federation (AGF) and Minister of Justice, Abubakar Malami, SAN, has denied that he ordered for the detention of the deposed Emir of Kano, Sanusi Lamido Sanusi II to Loko in Nasarawa state.

In a statement on Sunday by Dr. Umar Gwandu, Special Assistant on media to the Minister, he noted that he has nothing to do with Sanusi who was dethroned last week Monday by the governor of Kano State.
The statement further asserted that the Minister was not involved in the former Emir’s banishment to Nasarawa or anywhere.
CAPITAL POST earlier reports that Sanusi Lamido Sanusi II, fingered the AG of the Federation and that of Kano State as those who ordered that he should be banished to Loko in Nasarawa state.
Sanusi also explained how he was not allowed to pick his belongings by security agents who came to whisk him away.
According to the former Emir, a friend of his provided an aircraft to fly him to Lagos after his dethronement, but Kano State Commissioner of Police insisted on a helicopter he provided to fly him to Abuja without any of his relatives.
Read Also:  Benue SEMA gives detail distribution of palliatives, says hoarding report misleading
Related Topics:MalamiSanusi
Up Next