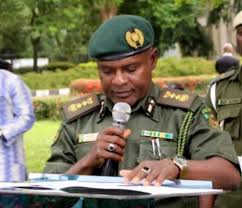 Dr Ibrahim Goni, the Conservator-General, National Park Service says constant butchering of endangered animal species by Nigerians is becoming worrisome.
Goni said this at the news of the killing of a crocodile by residents of Bayelsa state.
He said some residents of sagbama river in Bayelsa caught a crocodile in a river and were pictured sharing the meat after killing the animal.
“It’s becoming worrisome the way some Nigerians treat our endangered species, not minding the consequences of their actions.
“With all the education and awareness campaigns being carried out by the National Park Service and other relevant agencies on the need to preserve these species some people are still bent on breaking environmental laws.
“Just last week on March 3, the Ministry of Environment, Parastatals and as well environmental stakeholders joined the world in celebrating the World Wildlife Day, sensitizing people on the values of wildlife, and now, this”. adsbygoogle || []).push({});
He said that this act of indiscriminate hunting and killing of these animals will no longer be tolerated.
The CG wondered how one can be insensitive to a creature meant to add value to the stability of the earth and for sustainable development.
“I urge Nigerians to report the perpetrators of these crimes to relevant authorities for prosecution to deter others from such acts.
“We cannot continue like this, anyone caught must face the law as these creatures are also protected by the environmental laws of the country,’’ he said.
He called on the Bayelsa state government and all the governors of the riverine areas to organize conservation education campaigns against hunting and indiscriminate killing of these animals.
He also added that the service is ready to partner both state and environmental stakeholders in more aggressive campaigns on the values, preservation and conservation of nature within their areas.
“Their intrinsic values contribute to the ecological, genetic, social, economic, scientific, educational, cultural, recreational and aesthetic aspects of human well-being.
“We depend on the constant interplay and interlinkages between all elements of the biosphere for all our needs.
“This includes the air we breathe, the food we eat, the energy we use, and the materials we need for all purposes”, Goni added.

Read Also:  Protesters of abducted students of College of Forestry Mechanization denied entry into NASS
Related Topics:ButcheringConstant
Up Next