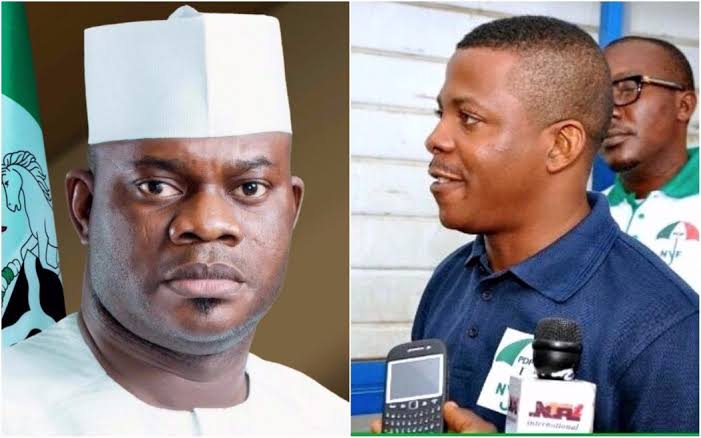 Political activist, Comrade Austin Okai has reacted to Governor Yahaya Bello’s appointment of Senior Special Assistants to head Local Government Areas, saying that it’s illegal and unconstitutional.
He vowed to sue Kogi State government, if the decision of the  state governor was not reversed.
Comrade Okai made this known in a statement released to selected media on Friday. He demanded total rejection of the new arrangement, describing it as an action by the state government to further impoverish the people of state.
Comrade Okai further said that the recycling of council officials in the last four years by Governor Yahaya Bello shows lack of capacity and political will to convene modest council adminstration in line with the constitutional provisions and other relevant laws.
He said Nigeria as a federating states need nothing less than a widely acceptable conduct of local government elections to throw up leaders at the the third tier of government.
“We Are Going To Court. There must be local government election in Kogi state. We are ready to go court and challenge Gov. Yahaya Bello unpopular decision to subvert local government processes.
“The constitution broke governance in Nigeria into three units, namely,  federal, state, and local government. Local governments generally comprise the third tier of government in the country.”
Okai said the unpopular decision of Kogi state government has opened up a conduit pipe to further siphon local council funds through corrupt tendencies of the state officials and local government appointees; a menace that has been  prevalent in the last four years.
He further said that the Governor reneged on it’s promise to fight the scourge of corruption.
“Governor Yahaya Bello always think he is smart, he keeps on doing this and go free because he is enjoying Presidency’s romance. You can’t convert local government to a mere security outpost.”
He said Kogi should not operate in isolation from other states, as the NFIU guidelines does not preclude Kogi state from robust and modest council administration .
“This is fraudulent and we must register it by all legal means. The NFIU said there must be an existing local government structure, so Kogi cannot be an isolation.”