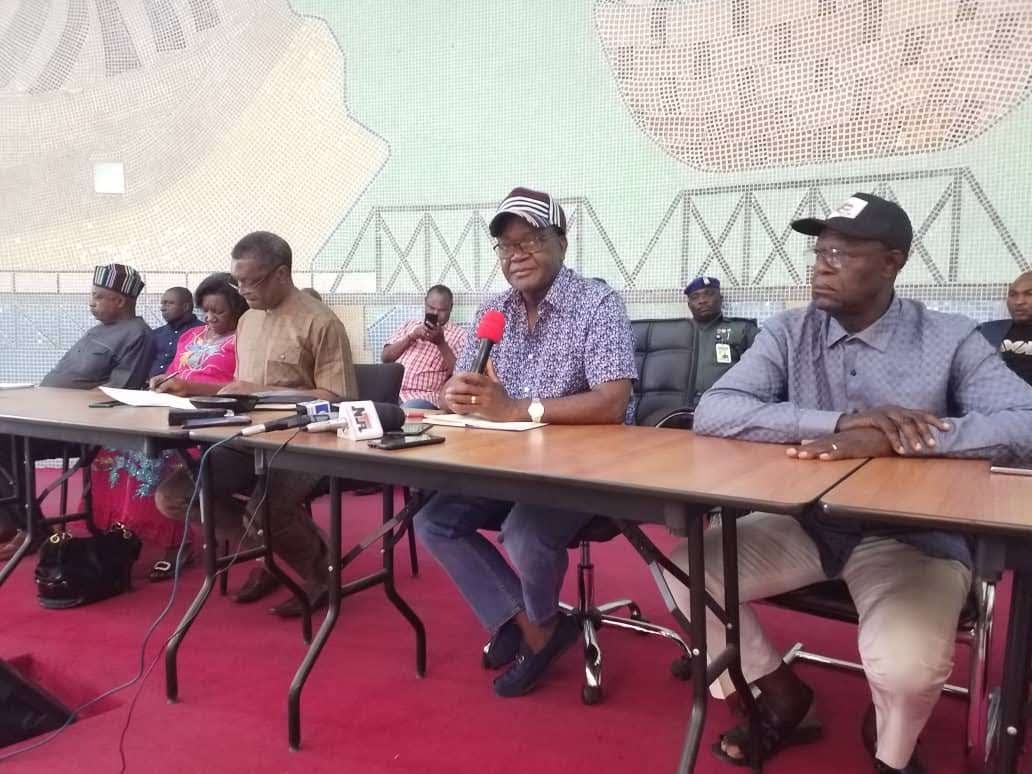 Benue State government on Tuesday ordered its workers from level 1 – 12 to stay at home for two weeks as part of measures to stem the tide of coronavirus pandemic.

The decision followed an expanded meeting of the State Executive Council chaired by Governor Samuel Ortom with the members of the State Action Committee on coronavirus.

The government said more isolation centres would be established preparatory for the outbreak, while the local government election has been shifted.

Part of the communique which was presented to the media by Secretary to the State Government, Professor Anthony Ijohor, SAN, in Makurdi reads:

“All civil servants from levels 1-12 should commence stay-at-home for two weeks, at the first instance.

“In the best interest of the state, the Benue State Independent Electoral Commission, BSIEC, should shift the scheduled local government elections by two weeks.

“Benue people are advised to limit gatherings in Churches, Mosques, markets and other public places.

“Additional N50 million naira has been approved for the state committee on Coronavirus to enable it intensify the fight against the spread of the deadly disease in the state.

“Establishment of a treatment centre each in Zones A and C parts of the state, in addition to the two centres already set up in Makurdi for treatment and isolation of suspected cases.

“Council resolved that the State Deputy Governor, Engineer Benson Abounu should head the State Action Committee on COVID-19 as Chairman”, while the former Committee Chairman and Commissioner for Health and Human Services, Dr. Sunday Ongbabo should be the Secretary.

“The Committee was mandated to among other things, make contact with the response team at the national level and the National Centre for Disease Control, NCDC, for cross fertilization of ideas and expertise.”