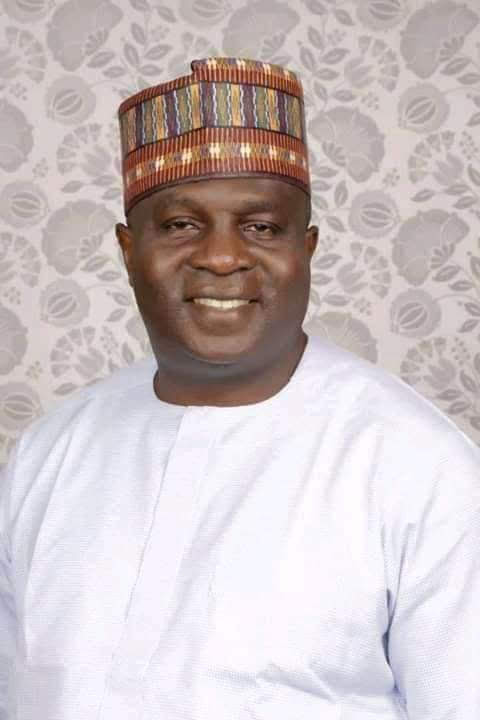 Spread the love
The Hallmark of the family of Rt Honourable Hassan Abdullahi Baiwa’s celebration began from the coincidence of the arrival of a new baby girl, that her naming ceremony was observed yesterday, which attracted alot of dignataries that defied the current global campaigns to checkmate the Corona virus pandemic ravaging countries.

Alas, with safety consciousness and inspite of low key arrangements, the celebrant and his family are not people to be overlooked, when it comes to events of this magnitude,which later culminated to the commemoration of the birth of the head of the family,Alhaji Hassan Abdullahi Baiwa, current serving member representing Dekina/Bassa in the green chamber.

A former Deputy Speaker in the sixth Assembly in Kogi State House of Assembly ,a former Governorship candidate under the All Progressives Congress APC in Kogi state,a seasoned civil servant,a public spirited entity, a Philantrophist and on the whole a humanitatian to the core, does not deserve anything less than the encomiums being poured by friends, relations,families, colleagues, business partners and on the whole, beneficiaries of his consistent good gestures as their benefactors add another memorable year. com/pagead/js/adsbygoogle.js">


‘HB’ as he is popularly known among his peers and contemporaries, embarked on his innate intention to better the lots of the people in his tender age as a college student, geared towards the developement of humanity .

This brought about introduction of self sustenance outlets in his community, popularly known as ‘Okada’ that had grown to a stable way of life for many people in his immediate community, an indication that he started from the scratch.

It later metamorphosed to his advocacies on empowerment, enterpreneurs,skill acquisition which included macro and micro businesses that guaranteed self reliance and by extension useful engagements span to drivers,artisans and others even at school age .

The zeal to bequeath such reliable and promising traits graduated to addressing social stratification, bridge the gap of idleness among his peers, members of his immediate and extended communities, and on the whole the entire race as well as Nigeria at large.

Read Also:  Edo: Now that Oshiomhole has been beaten 'silly'

Baiwa in his early days as a working class,was also inundated of his gesture to carry along his peers, friends and well wishers, so as to guarantee an equal society were every body will be alive to it’s responsibilities both to themselves and the immediate communities, through numerous employement and engagements.

The gathering and shower of encomiums that always heralded the activities of the Federal Lawmaker is an eye opener not only on sycophancy or based on the present position of the man of today,but his impact on the communities, society and the entire humanity.

His untiring efforts and unperturbed instincts towards ensuring the well being of the people deserve celebration and commemoration of his birthday and new age .

The climax of his life touching activities in the last few years trascends religious, ethnic, social and political consideration underneath to ensure people are attracted with his kind gesture both as a former state Lawmaker and now a Federal Lawamker in the green chamber.

The feat achieved by his patriotic and people oriented actions has affected positively the lives of many who often gathered around him not to pay homage,but to show gratitude to his unequalled consideration to better the lots of individuals.

Baiwa who is not even a good record keeper of many of his beneficiaries, derived satisfaction from gainful employment and engagement of the society at large .

Nobody does this at this promising age and will not deserve a place in history,as you clock another promising year, we pray for more grease, more fame, more progress,more longevity to indulge more on human developement and advancement.

Happy Birthday Rt Honourable Hassan Abdullahi Baiwa, Wishing You And The family, Many More Years In The Service To Humanity.

OPINION: Between EFCC, Obla, SAN and the law