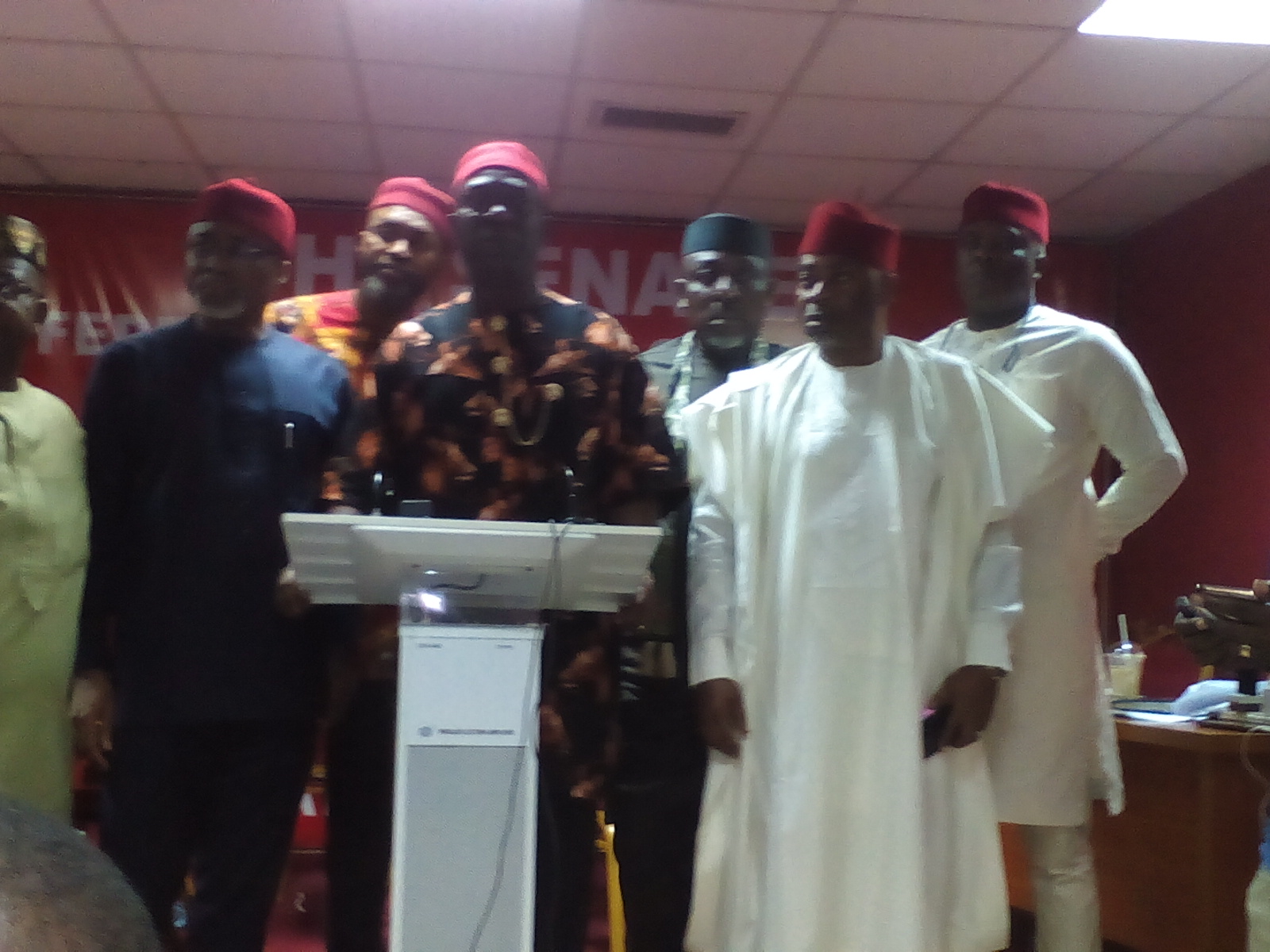 Lawmakers under the aegis of Southeast National Assembly caucus on Thursday revealed that they were under pressure from their constituents over the exclusion from the Federal Government’s $22. 7 billion borrowing plan.
President Muhammadu Buhari          in a letter to the upper                        legislative chamber sought                approval of $22.7 billion which was approved last Thursday.  Details of the                      template include the provision          of infrastructure for all                        geopolitical zones except the            South East.
Led by the former Deputy Senate President, Ike Ekweremadu, they expressed concern that the Southeast region was completely out of template that warranted the Federal government sourcing for $22. 7 billion loan.
Speaking at press conference alongside members from the lower and upper legislative Chambers,  Ekweremadu said they were under pressure from their Constituents over the exclusion.
He explained that the caucus has engaged the leadership of both chambers,  stressing that they were satisfied with the responses of the Senate President and the Speaker of the House of Representatives.
“Regrettably,  last Thursday,  Senate passed the borrowing plan which excluded the whole of Southeast.
“I like to use this opportunity to thank our distinguished colleagues who were present in the Chambers on that day especially Senator Enyinnaya Abaribe who made effort to get the matter addressed on the issue of equity.  “Most of us were not in Chambers.  I was in Lagos for INEC retreat on electoral reforms  I want to commend him for effort he made during the conversation.
“So,  we met as a caucus of the Southeast last night after consulting with our people to get their feelings and we decided that the best approach is constructive engagement with the leadership.
“So this afternoon we engaged the Senate President and the Speaker of the House of Representatives.
“We here to report that we had a meaningful discussion; they showed not just concern,  but commitment in addressing the issues and we are satisfied with assurances that either the matter be revisited or as the House has not yet passed the motion,  the appropriate thing be done so that our peoples fears can be assuaged.
“We like to thank the Senate President and the Speaker of the House of Representatives for their commitment to national unity of the country and to ensure that justice is done in all parts of the country.
“We believe that equity should be the way for our country to make progress.
According to him,  there would have been opportunity for lawmakers to look at the distribution template before approving it, saying that it was unfortunate that it wasn’t so.
He expressed optimism that the leadership of Chambers would address their concerns.
“They are committed to equitable distribution of loan facilities.
“Our thinking was that what the Federal government presented was a borrowing plan for us to have opportunity to look at the distribution because we believe that every part and parcel of Nigeria should be part of that loan.
“We are concern about the facilities for eastern corridor of the Nigerian railway; we are also concern about access to the sea in the Southeast and also power projects.
“We  also look at the issue of National Assembly bureaucracy from the Clerk to the National Assembly to the Deputy Clerk; the NILS and also the Secretary of the National Assembly Service Commission (NASC).
“They promised to address our concern  as soon as vacancy exist in the areas.”