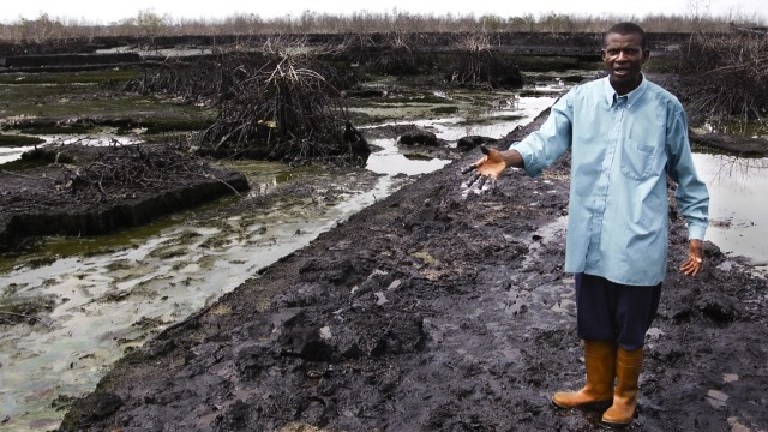 Senate Committee on Environment on Tuesday expressed disappointment over the slow pace of work on the Ogoniland Clean Up project despite release of $360 million.

The Upper legislative chamber through its Committee on Environment chaired by Senator Ike Ekweremadu was disappointed that 2 years after the fund was released, not a single site out of the sixty five contaminated sites marked for clean up was certified “clean”.

Appearing before the Senate panel, the Chairman of Ogoniland Board of Trustees, Olawale Edun confirmed that $360million was sitting in the purse of the BoT out of which $43 million had been released to the Hydrocarbon Pollution Environment Project, the agency set up to supervise the clean up.

The Project Coordinator, Dr. Marvin Dekil confirmed receipt and that money was not the challenge as he blamed the slow pace of work on technical factors and a “sluggish procurement process.

The $360 million was contributions from multinational oil companies in the last two years to the $1 billion the UNEP report had said was needed to clean up Ogoniland.

That contribution was however short of $40million the NNPC and the BoT were to collect from local operators and refinaries they were yet to identify.

This was as the Chairman of the Ogoni Board of Trustees came under fire from the Senate panel over expenditure it claimed was paid to consultant; an action members of the Senate panel believed run contrary to extant laws.

Disappointed at the situation, the Senate panel asked that the supervising Ministry of Environment come forward with new strategies to rescue the situation.

The Minister of Environment, Mohammed Abubarkar who also expressed displeasure at the situation pleaded for more time to work out new plans on how to get the Ogoniland Clean Up project on proper tracks.

Ogoni land in the Niger Delta, South South Nigeria has suffered serious environmental degradation due to oil exploration by International Oil Organisations since the discovery of oil at Oloibiri in today’s Bayelsa State in 1959.