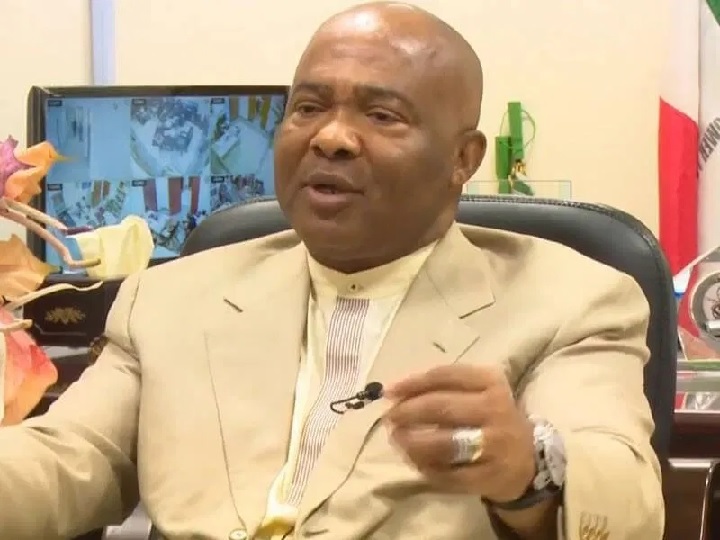 Amid daily deadly attacks on the three most troubled States of Borno, Yobe and Adamawa, Imo State Governor, Hope Uzodinma has given President Buhari a clean bill of health, saying that his government has done well.

In an interview with journalists in Abuja on Friday, Uzodinma stressed that, the situation of the three states in North East was a success story compared to the past.

“People are going about their businesses. In 2015, people could not vote from their places. They cast their votes from IDPs camps in Abuja. But in the last election, they voted from their homes as schools are open.

Uzodinma called on Nigerians to collaborate with government to map out insurgency, adding that Boko Haram attacks linger due to collaboration by the people.

Read Also:  Abuja based notorious kidnapper explains how he was kidnapped by another kidnapper during Police parade

Imo governor who was a former Senator noted that businesses are going on now in those states due to government intervention.

He added: “Incrementally and gradually, the government has mapped out strategies to stamp out the war.

“All of us will be happy and I want to call on all Nigerians not to politicise the issue of security and which should not be left alone for government. It’s a collective effort between the citizenry and government.

“The so called Boko Haram, of course, some of them are not from Nigeria, but some people are collaborating with them.

“I think the President is resilient, our Army, our Military have done very well, with support and encouragement, some of these things would become things of the past.