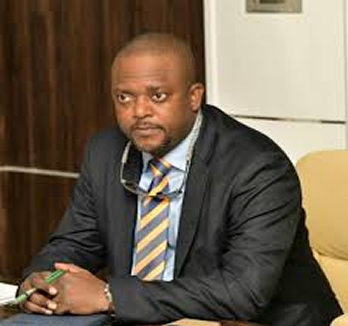 In documents made available to our correspondent in Lokoja, the Constituency projects belonging to the former lawmaker of Kogi State House of Assembly, Friday Sani Makama was said to have been executed by a company known as ‘E. .J. Jemdee Nigeria Limited.’

Records of the company at the Corporate Affairs Commission, Abuja showed that the company was quickly registered to fleece the Constituency fund which was statutorily meant for constituency projects of the former lawmaker who represented Igalamela/Odolu State Constituency in the House of Assembly.

Friday Sani Makama was on illegal suspension from the House of Assembly neither executed any of his Constituency projects, nor aware of any contract executed nor ongoing in his state Constituency.

Before the lawmaker was suspended from the House through a motion which was upheld by the House Speaker, Hon. Mathew Kolawole, the Constituency project for 2015 which was executed by Friday Makama was partly paid to the tune of N5 million out of N10 million.

Meanwhile, the lawmaker in his reaction explained that he didn’t receive any payment since he was suspended from the State House of Assembly on March 27th 2017.

“Since I was suspended from the House, I have never been anything. Even my entitlement has never been paid me in the last four years despite court judgement in my favour. “

“The House of Assembly under Mathew Kolawole leadership takes instruction from the Executive before doing anything. I haven’t been paid anything”, he insisted.

On 20th December, 2018, the sum of N10 million Constituency projects for Igalamela/Odolu was paid to E. J. Jemdee Nigeria Limited.

Checks by the newspaper revealed that no projects was executed anywhere in the state Constituency of the former lawmaker.

A staff in Accounts department of the Kogi State House of Assembly, who did not want his name in print explained that there was never due process in line with Kogi State public Procurement Act in the award of contracts. He said: “We act on instructions from above here. We are here to do what our superiors oblige us to do.”

On the ownership of E. J. Jemdee, he said: “The company belong to Onoja’s family now.” You know what I am talking about, he maintained.

Meanwhile, search conducted by a law firm, Chike Enechukwu Chambers, further revealed that the Company – E. J Jemdee Nigeria Limited, lacked the necessary requirement to participate in contract bid competition, as it was not updated in payment of its tax clearance, annual returns and others.

Mr. Onoja Emmanuel Joshua is also the State Secretary of the ruling All Progressives Congress in Kogi State, while effort to speak with him proved abortive as his two lines were switched off at the time of filing this report.

Gbajabiamila felicitates with el-Rufai at 60