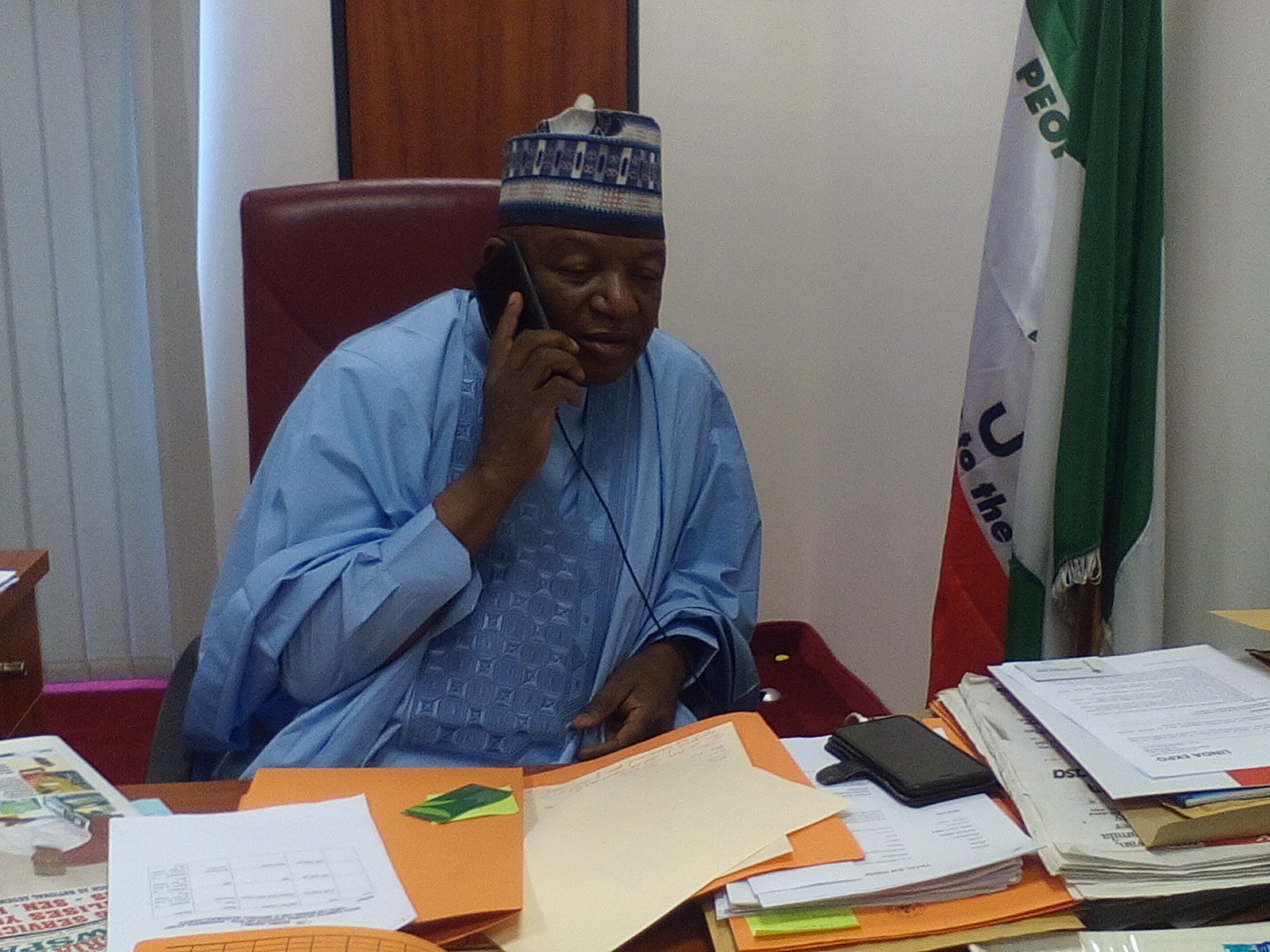 Senate Committee Chairman on Federal Character Commission, Danjuma Tella La’ah on Monday in Abuja,  disclosed that job racketeering was going on at the Federal Character Commission (FCC).
Speaking with journalists in his office,  La’ah representing Kaduna South Senatorial district said, the matter was being investigated to unravel those involved in the racket.
According to him,  there were reports from Nigerians that cartels within the fold of FCC sells jobs to Nigerians at a price that is highly dependent on agencies of choice of the applicant.
He explained how he got a text from a younger Nigerian who got appointment with the Nigeria Ports Authority (NPA)  for N3 million while describing the situation as a terrible one that shouldn’t be tolerated.
He said:
“Well,  thank you for bringing the issue of job racketeering at the Federal Character Commission.
“The Senate Committee on  Federal Character Commission has been investigating and we are doing everything possible to unravel those behind sales of jobs there.

“I got reports from different people on sales of jobs going on at the Federal Character Commission (FCC).
“Appointment into government offices for sales at the Federal Character Commission is real.
“Someone has forwarded to me a text which is in my phone that he purchased Nigeria Ports Authority job from the Federal Character Commission at N3 million.
“This is shocking. It makes my heart bleeds, am so sad and I am going to take a drastic action in this case. If the Committee find out this is what they have been doing,  we are not going to take it lightly with them.
“No stone shall be left unturned in telling the whole country that the FCC is involved in job racketeering.
The lawmaker lamented how some elements were involved in underhand dealings in the agency, because of pressure of unemployment among Nigerians.
“There is high unemployment rate in Nigeria.  People finishes school and there is no job anywhere only to be busy selling jobs.  Does it make sense?  It’s an embarrassment to the society; it’s an embarrassment to the government of President Muhammadu Buhari.
“The President had earlier made a statement that he wants to make everybody to enjoy his administration what ever it will take and hundreds of thousands of undergraduates will be given appointment.
“If the investigation we are doing confirms it to be true,  we are not going to take it lightly.   We are gradually closing in on them.

Housing Fund: 63,000 Nigerians have access to mortgages in 28 years – Dangiwa