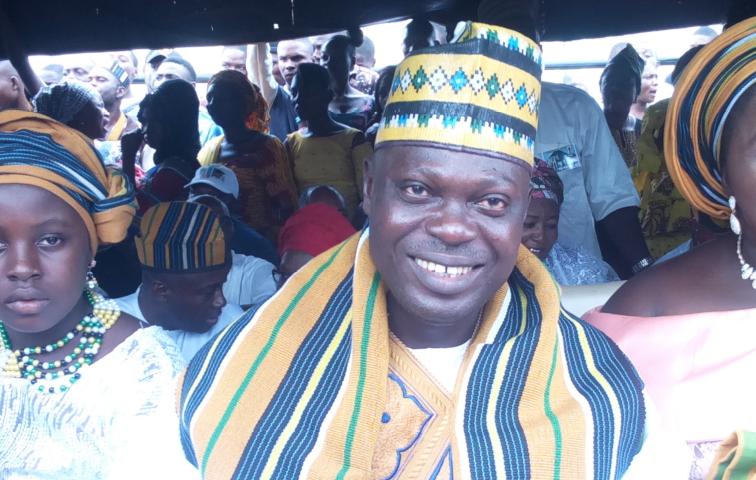 Chairman of the once reverred Igala Cultural and Development Association (ICDA) of Kogi East Senatorial District, Sadiq Abubakar Amodu has been accused of compromising the stance of Igala socio-cultural group before, during and after the November 16th governorship election in Kogi State that has left the state in terrible situation.

Originally and principally, the socio-cultural group which was formed in 1987 was mandated to advance the cause of Igala nation vis-a-vis, the culture and moral values of the people. However, since its formation, the ICDA has had several persons of distinct character who have led the Association and within their time, one could pointedly talk of their achievements.

Unfortunately, Mr. Sadiq Abubakar Amodu ripped off the Association; he tore the once united ICDA into pieces; commercialised the activities of the socio-cultural group and domesticated it at the Kogi government house for easy negotiation. Prior to the November 16th governorship election, the ICDA Chairman, without consultation with his executives frequented Lugard House with cap in hand for what could be offered him to mobilise the people of Kogi East to support Alhaji Yahaya Bello. This was as a result of the fact that it glaringly decided that the Kogi East would not support the governor because of his failure in governance.

The ICDA was established in 1987 to pursue the unity and Development of the Igala/Bassa people. The first President was Chief Matthew Edogboanya, a retired Judge of the Upper Area Court. He was succeeded by the late Alhaji Shehu Akus, a former member of Benue State House of Assembly. Next was Dr. Gabriel Onucheyo, who later became a Resident Commissioner of the Independent National Electoral Commission in Niger State and succeeded by Chief Josiah Ikani who distinguished himself as a leader per excellence.

Of all Sadiq Abubakar Amodu’s predecessors, he probably has the least profile and an unknown antecedent before becoming the Chairman of ICDA. In as much as those who supported him to ICDA Chairmanship should be excused of any blame, he has lost every opportunity available for him to leave his footprints on the sands of history. He has sold his “generation for a morsel of bread” to have played a script handed to him by the Deputy Governor Chief Edward Onoja, who obviously pursued his personal interest above the collective interest of the Igala people.

Mr. Edward Onoja, a political Trojan Horse with very dangerous subterfuge did not only bring perfidy to bear on political terrain of Igala land, but aided and abetted it. The political hemisphere of Kogi East and indeed the entire state was infested with criminals who daily maim innocent souls for political interest of the likes of Edward Onoja and the governor, Alhaji Yahaya Bello.

Between Engr Musa Wada of the Peoples Democratic Party (PDP) and Alhaji Yahaya Bello of the ruling All Progressives Congress (APC), Kogi East and of course electorate of other Senatorial district, preferred Engr. Musa Wada for the reason of Yahaya Bello’s governance failure. For selfish reasons, the ICDA Chairman who would have been championing the cause of the group that brought him into limelight became the ‘mole-in-chief’ and was betraying his own people.

Sadiq Abubakar Amodu didn’t see anything bad with the high level of thuggery and banditry among the youth in Igala land. What matters to him, was what he stand to gain at every occurrence of chaos! No day passed without maiming and wanton destruction of properties at Anyigba, other parts of Dekina Local Government Area and of course, the entire Igala land.

As a deceived follower of Mr. Edward Onoja, the ICDA Chairman would always tell you how ICDA Secretariat was built by government of the day. Who cares whether ICDA should have a Secretariat that is not safe for an event. How manage that they were so much arms in hands of thugs working for APC government without the socio-cultural group raising eyebrow?

Unfortunately, ICDA has never come out in condemnation of killings and destruction of properties suggesting that there was a political arm of the socio-cultural group, that was under the direct control of the state government that armed the youths for election. The election has come and gone, but the insecurity persists.

What further exposed Sadiq Abubakar Amodu’s bad leadership was when he feigned ignorance of late PDP women leader, Mrs Salome Acheju Abuh. Salome who was burnt alive by the APC thugs at Ochadamu, Ofu Local Government Area on 18th November, 2019 in celebration of Yahaya Bello’s purported victory was one ugly scenario with unhealable wounds in hearts of well meaning Igala sons and daughters.

Sadly, ICDA leadership didn’t rise in condemnation till date and not even other victims of electoral violence.

It is an understatement that, I really weep for the land of my birth!