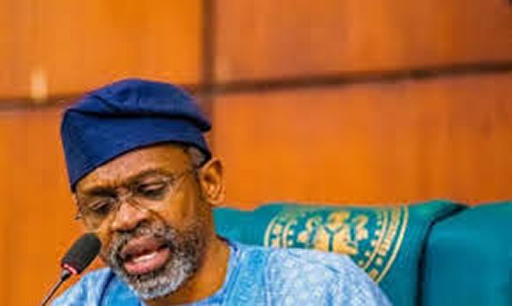 The launching which took place at a colourful ceremony on Wednesday in Abuja, had a renowned Kenyan Professor of law and anti-corruption crusader, Professor Pattrick Lumumba witnessing the event.

Read Also:  How Americans use ballot to expel a bull from the China shop: Congrats, Joe Biden and Kamala Harris on your election

Lumumba praised the Speaker of the House of Representatives, Hon. Femi Gbajabiamila for the effort at reaching out to the people on activities of the Chambers, saying the initiative would bridge the communication gap.
He decried the perception of lawmakers in Nigeria and Africa at large for allowing themselves to be misrepresented by the media.

While acknowledging the central role of the legislature and legislators in the growth, Lumumba regretted that the patriotic exploits and sacrifices of the parliament are told or appreciated because no one speaks for them.

He said: “There is an African saying that says that if as long as lions do not have their historians, it is the exploits of the hunters than the bravery of the lions that will be talked about.”

While decrying the way major media outlets demonise the legislators in Africa, Lumumba argued that the initiative of the House of Representatives under the leadership of Femi Gbajabiamila was going to be a game changer that other parliaments in Africa can learn from.

“Today you have decided to tell your own stories that you may not be misunderstood. You know when in the 1960s we were told then that you were our servants and for a long time we believed that you are our servants but over the years things changed and we started to believe that you are no longer our servants and that you have become our masters and that therefore, even when you came to represent us in many African countries and you remind us that you are our servant we do not believe you because it is the newspapers that are left to say what you said. Because it is the television and the newscasters that are allowed in their jaundiced way to tell us what you represent.

“It gladdens my heart that in Nigeria through the efforts of Hon Gbajabiamila you have taken the decision to renew your contract with the people of Nigeria. You have decided to recreate the umbilical cord that will link you with people of Nigeria.

“I hope that through this magazine you will be able to reach Nigerians directly.

The magazine unveiling event attracted many dignitaries including the Minister of Information and Culture who represented President Muhammadu Buhari, the Deputy President of the Senate, Ovie Omo-Agege, former Speaker of the House of Representatives and current governor of Katsina state, Hon. Bello Masari, and the governor of Imo state, Sen. Hope Uzodinma.